Since the invention of the World Wide Web in 1989, The Web Conference (formerly known as The WWW Conference) is a yearly international conference on the topic of the World Wide Web. This conference has been the premier venue addressing the evolution and current state of the Web through the lens of computer science, computational social science, economics, public policy, and Web-based applications. The Conference assembles scholars, researchers, policymakers, practitioners, and end-users with one unifying goal: to envision and create the future of the Web.

Over the past three decades, The Web Conference has been the forum where some of the most fundamental web technologies have been introduced. These groundbreaking technologies have improved our daily lives. The Conference has also inspired new ideas for business, communication, and entertainment, such as e-commerce, online-shopping, Web/mobile payments, Web TV/phones, and Web banking. Nearly all online systems today employ Web technologies, connecting every corner of the world.

We are happy to announce that The Web Conference will reconvene in Taipei, the Heart of Asia, in April 2020, at a time when more than 60% of the world's population will be connected. There we will reflect on the past 30 years of the Web, share the latest research findings, and plan for the future of Web-based technologies. The Conference will host three keynote speakers and highlight numerous research tracks, workshops and tutorials, a Ph.D. consortium, as well as several theme-based tracks: AIoT(AI+IoT+5G), History of Web, The Intelligent Web, The Web Renovation, and The Asia Silicon Valley Plan. The full program of the Conference will bring together some of the most prominent and influential researchers, developers, policymakers, and thinkers in the areas of big data, artificial intelligence, healthcare, computer science, computational social science, public policy, law, and human rights. The Conference will build upon its stellar traditions, creating the Web of the future – a Web that is diverse, neutral, and balanced, and that truly lives up to its dream of democratizing access to content.

Taipei, is a bustling metropolis with a variety of abundant cultural activities. Taipei has been transformed into a “Smart City,” boasting over 9,000 free Wi-Fi spots and applying pioneering technologies to the urban infrastructure. There are many airlines serving this amazing city, making it a stunning travel destination. We look forward to seeing you in Taipei. 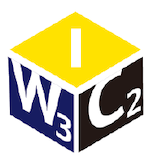 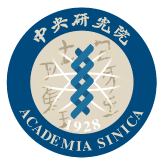 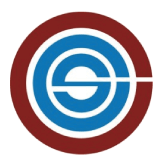 The Web Conference (formerly known as WWW conference) is a yearly international conference on the topic of the World Wide Web.

The conference began in 1994 at CERN and is organized each year by a local team of volunteers in different parts of the world who come together to organize the conference in collaboration with the International World Wide Web Conferences Steering Committee (IW3C2). The Conference aims to provide the world with a premier forum for discussion and debate about the evolution of the Web, the standardization of its associated technologies, and the impact of those technologies on society and culture. The conference brings together researchers, policy makers, developers, users and commercial ventures — indeed all those who are passionate about the Web and what it has to offer.

Past and Future Conferences

The World Wide Web was first conceived in 1989 by Tim Berners-Lee at CERN in Geneva, Switzerland. The first conference of the series, WWW1, was held at CERN in 1994 and organized by Robert Cailliau. The IW3C2 was founded by Joseph Hardin and Robert Cailliau later in 1994 and has been responsible for the conference series ever since. Except for 1994 and 1995 when two conferences were held each year, WWWn became an annual event held in late April or early May. The location of the conference rotates among North America, Europe, and Asia.

Starting with 2018 edition, the conference series has been rebranded as The Web Conference. The IW3C2 took this decision to allow a better visibility of this event, especially on social networks.

The Web Conference series aims to provide the world a premier forum for discussion and debate about the evolution of the Web, the standardization of its associated technologies, and the impact of those technologies on society and culture. The Web conferences bring together researchers, developers, users and commercial ventures – indeed all who are passionate about the Web and what it has to offer.