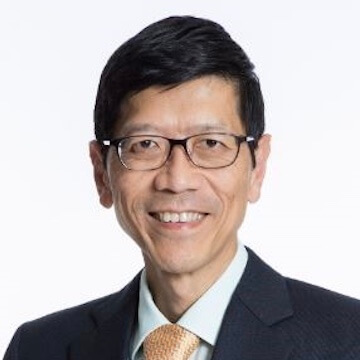 Tan is a key leader in Singapore's Biomedical Sciences Initiative since its inception in 2000, for which he was awarded the National Science and Technology Medal in 2008. He also received the Public Service Star in 2003 for outstanding contributions to overcoming SARS in Singapore; the Public Administration Gold Medal in 2004 for his work as Director of Medical Services in the Ministry of Health; and the Meritorious Service Medal in 2015. Other awards include the Dr. John Yu Medal from the George Institute for Global Health, Australia; the Albert Schweitzer Gold Medal from the Polish Academy of Medicine; Honorary Doctor of Medicine from King's College; Honorary Doctor of Science from Duke University; Honorary Doctor of Science from Loughborough University; Achievement Medal from the Singapore Society of Nephrology and the 1996 Singapore Youth Award. Prof Tan is the first Singaporean to be elected as an international member of the US National Academy of Medicine. A renal physician, he obtained his medical training at NUS, and research training at the Institute of Molecular Medicine, Oxford. 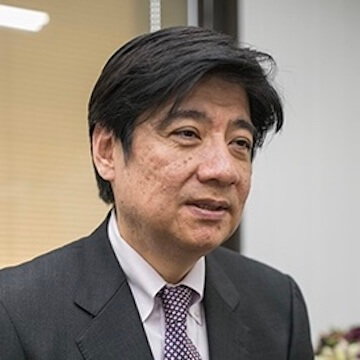 Yasushi Matsumura is a Professor at the Graduate School of Medicine, Osaka University. He is also the Chair of the Department of Integrated Medicine, Osaka University. Matsumura is also a member of Japan Association for Medical Informatics, Japanese Society for Medical and Biomedical Engineering, the Japanese Circulation Society and the Japanese Society of Internal Medicine for years.

myED: A system for process and delay announcements for emergency departments 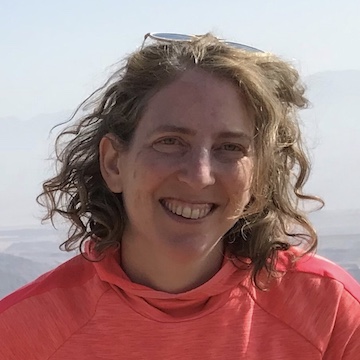 myED: A system for process and delay announcements for emergency departments

Galit Yom-Tov is an Assistant Professor at IE&M faculty of the Technion. Her research focuses on operations of service systems, in particular, healthcare and contact centers. Yom-Tov’s research aims to build models for understanding the impact of customer and agent behavior on service systems and to incorporate these behaviors into operational models of such systems. She leads a multidisciplinary research approach that applies a combination of Data Science and Stochastic Modeling to archives of digital traces from service systems. Her recent work used such data to study the dynamics of customer emotions in contact centers, the reaction of customers to delay announcements in emergency departments, as well as other aspects of service delivery. Yom-Tov have published my work in leading operations research journals, including Management Science, M&SOM, OR, and Stochastic Systems.

Since 2019, she is also a co-director of the SEELab-a worldwide hub for research and teaching in Service Engineering. 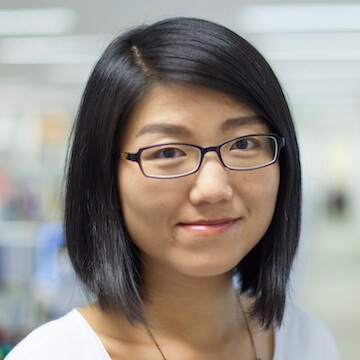 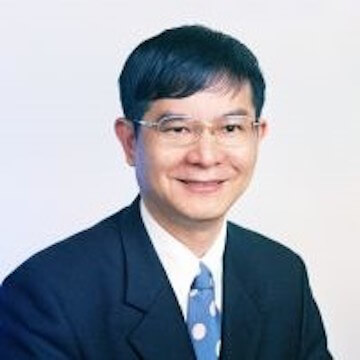 Feipei Lai received a B.S.E.E. degree from National Taiwan University in 1980, and M.S. and Ph.D. degrees in computer science from the University of Illinois at Urbana-Champaign in 1984 and 1987, respectively.

He is a professor in the Graduate Institute of Biomedical Electronics and Bioinformatics, the Graduate Institute of Medical Device and Imaging, the Graduate Institute of Health Policy and Management, the Department of Computer Science & Information Engineering and the Department of Electrical Engineering at National Taiwan University. He served as secretary in medical affairs, National Taiwan University Hospital. He was a vice superintendent of National Taiwan University Hospital. He was the chairman of Taiwan Network Information Center. He was a visiting professor in the Department of Computer Science and Engineering at the University of Minnesota, Minneapolis, USA. He was also a guest Professor at University of Dortmund, Germany and a visiting senior computer system engineer in the Center for Supercomputing Research and Development at the University of Illinois at Urbana-Champaign. His current research interest is Medical Informatics, especially in precision medicine.

Lai is one of the founders of the Institute of Information & Computing Machinery and served as the President during 2009/7-2013/7. He is also a member of Phi Kappa Phi, Phi Tau Phi. Prof. Lai was the chairman of Taiwan Internet Content Rating Foundation. He received the Taiwan Fuji Xerox Research Award in 1991, K-T Li Breakthrough Award in 2008, IBM Faculty Award, NTU Distinguished Service Award in 2009, Taiwan 2010 IT Distinguished Professionals and 2013 Telehealthcare Distinguished Contribution Award.

In this talk, Dr. Lai will disclose how we have been building up the gene-related information processing, life-style recorder, open environmental database and EMR mining infrastructure for precision medicine gradually since 2016. Precision medicine, an emerging approach for disease prevention and treatment that takes into account people’s individual variations in genes, environment, and lifestyle. We have built a gene-disease mutation viewer tool, called Mviewer, which can analyze the single nucleotide variants (SNVs) data with various annotations from different genome databases, as our preprocessing tools to decrease the numbers of candidate SNVs. Then, in this research, we describe a novel tool (Variants Prioritizer) based on GeneReviews, Online Mendelian Inheritance in Man (OMIM) and biomedical literatures (PubMed) to rank SNVs from Mviewer as well as the phenotype keywords automatically extracted from electronic medical records (EMRs) to get the most viable disease-causing candidates. On the EMR part, we have developed an auto ICD 10 coder to transform the free text medical records to ICD 10 codes for the reimbursement from the health insurance program. On the life style part, we have developed an App that can be found in Apple Store and Google Play, called 台大醫神 (NTU Medical God), to record or infer the life style of the user which including, exercise, eat, drink behavior, vacation, religion, political party, sleep quality, walk distance, etc. On the environment part, we collect the open data from the Environment Protection Administration, Central Weather Bureau, and Water Resource Administration, Taiwan, as well as the airbox installed in the user’s home to get the PM2.5, Temperature, Humidity data.

How Tech will Transform Care

How Tech will Transform Care

Katherine Chou is the Director of Research and Innovations at Google, developing products that apply AI to healthcare and social good. Katherine is a serial intrapreneur at Google with a history of incubating products and establishing sustainable businesses. She holds a double major in Computer Science and Economics at Stanford University and an M.S. in CS.

Chou previously developed products within Google[x] Labs for Life Sciences (now Verily) and ran global teams to develop partner solutions and establish developer ecosystems for Mobile Payments, Mobile Search, GeoCommerce, and Android. She is also a co-founder and committee chair for the AI for Social Good program at Google.

Outside of Google, she is a Board member and Program Chair of Lewa Wildlife Conservancy, a fellow of the Zoological Society of London, and collaborates with other wildlife NGOs and the Cambridge Business Sustainability Programme in applying the Silicon Valley innovation mindset to new areas.

Precision Digital Diagnostics and Intervention for Sleep at Scale: What we learned at dayzz on how to help people sleep better 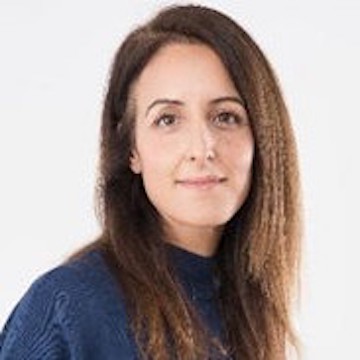 Precision Digital Diagnostics and Intervention for Sleep at Scale: What we learned at dayzz on how to help people sleep better

Mairav Cohen-Zion is a sleep expert and Chief Science Officer at dayzz. She received her PhD from the University of San Diego, California (UCSD) and her postdoctoral training at the San Diego VA Medical Center. She has expertise in behavioral and cognitive therapies for Insomnia (CBT-I) and other sleep disorders, and has worked in public and private healthcare settings and sleep laboratories for over 20 years. 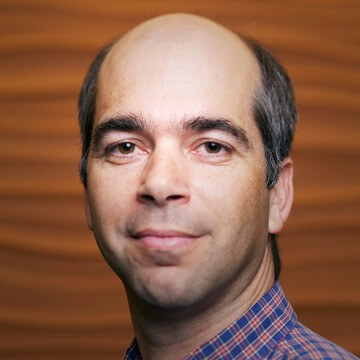 Elad Yom-Tov is a Senior Principal Researcher at Microsoft Research Israel. Before joining Microsoft he was with Yahoo Research, IBM Research (where he held the title of Master Inventor), and Rafael. His primary research interests are in applications of Information Retrieval, large-scale Machine Learning, and Social Analysis to health and medicine. Dr. Yom-Tov studied at Tel-Aviv University and the Technion in Israel. He has published four books, over 150 papers (including 4 award-winning ones), and has 30 awarded patents. Most recently he is the author of “Crowdsourced Health: How What You Do on the Internet Will Improve Medicine” (MIT Press, 2016).

The results of his research have flown at four times the speed of sound, enabled people to communicate with computers using only their brain-waves, and analyzed cellphone records of a significant portion of the worlds’ population.